This website uses cookies to improve your experience. If you browse this site you are authorizing the use of cookies. Find more   ACCETTA
San Marino 1 - 3 Parma
15 Nov 2015 - 14:30Stadio Valentino Mazzola, Santarcangelo di Romagna (Rn) 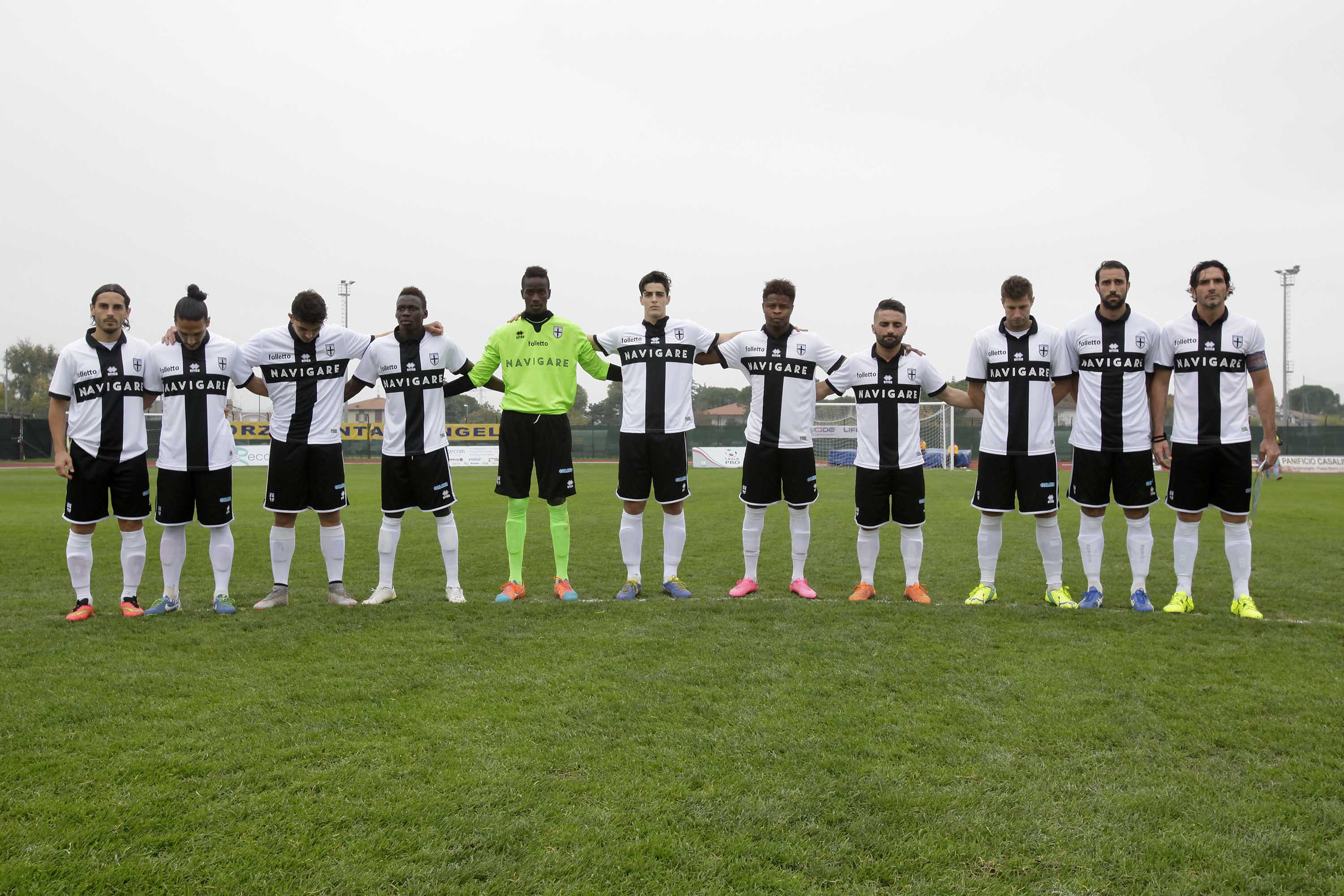 Santarcangelo (Rimini), November 15, 2015- Parma Calcio 1913 won this afternoon in their eleventh match of the campaign on the field at Stadio Valentino Mazzola in Santarcangelo against San Marino (1-3), who until yesterday was third in the table, lengthening their stride as leaders and staying unbeaten.

Trailing at 21’, Luigi Apolloni’s boys succeeded in reclaiming the lead, and holding back the tide, demonstrating all of their strength, both in technical skill and character.

The tie was broken just 7 minutes into the second half (at 52’) when Ricardo Musetti finished off a beautiful play from the left, initiated by Marcello Sereni.

To record the double, there was again Sereni, with a devastating run down the left side, caught with a stroke of genius by Yves Baraye; touched on to Fabio Lauria who served Francesco “Ciccio” Corapi who promptly slotted the ball home past the goalkeeper.

A spectacular combination closed the match. On the right Baraye, uncatchable and with dizzying speed, sent a perfectly placed cross in to Musetti, who headed the ball home for the third goal.